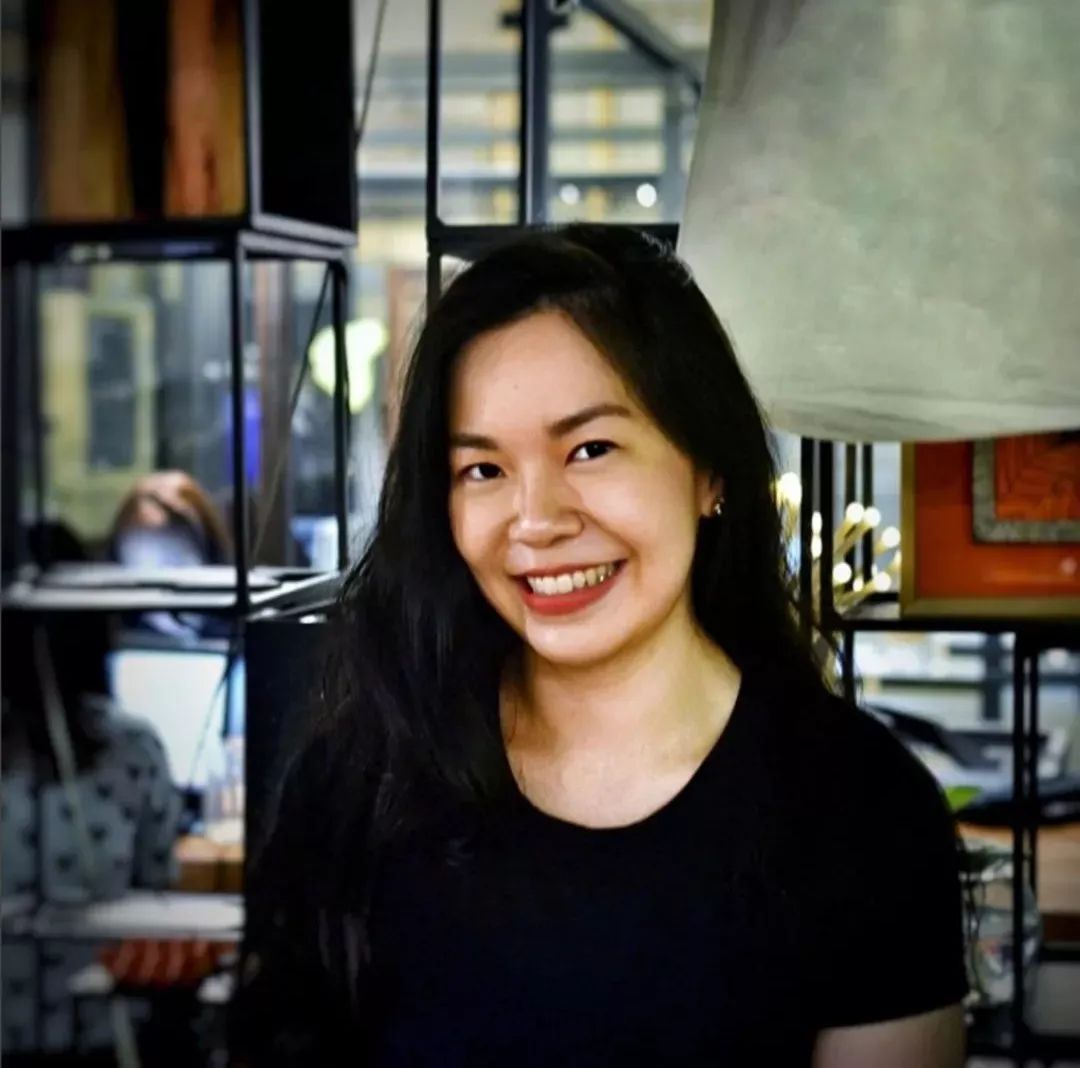 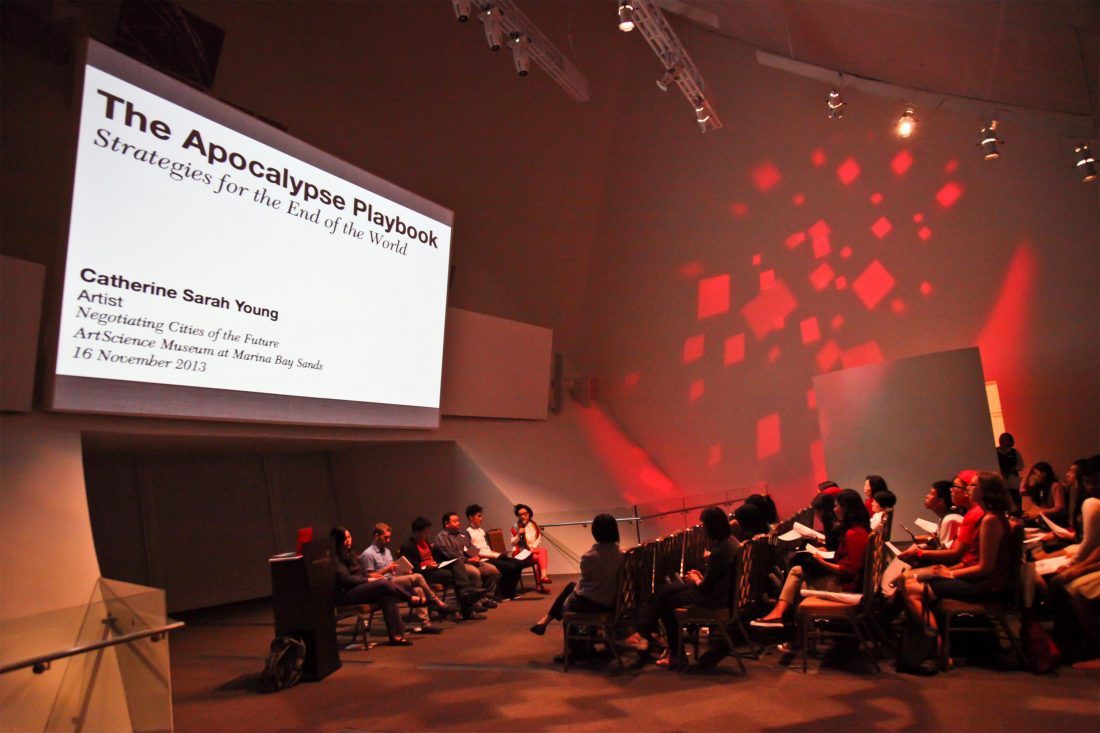 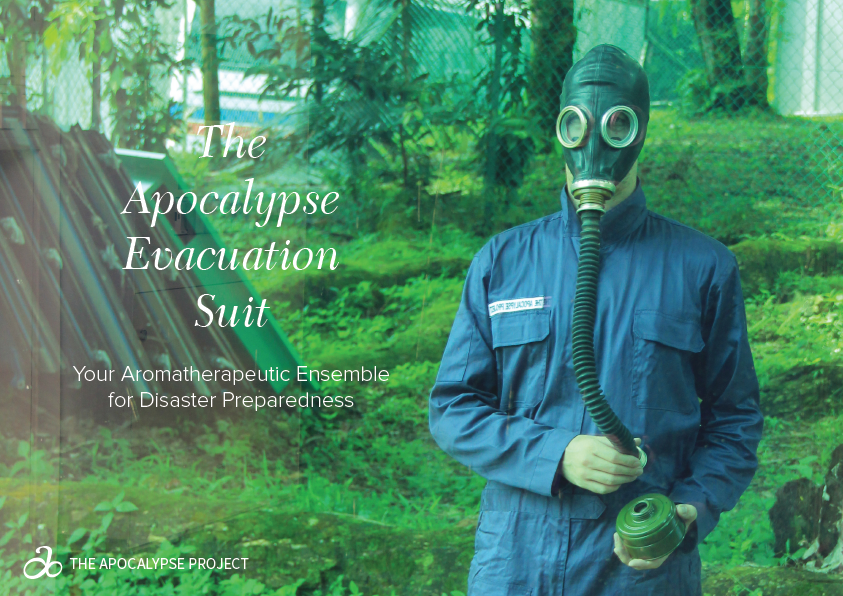 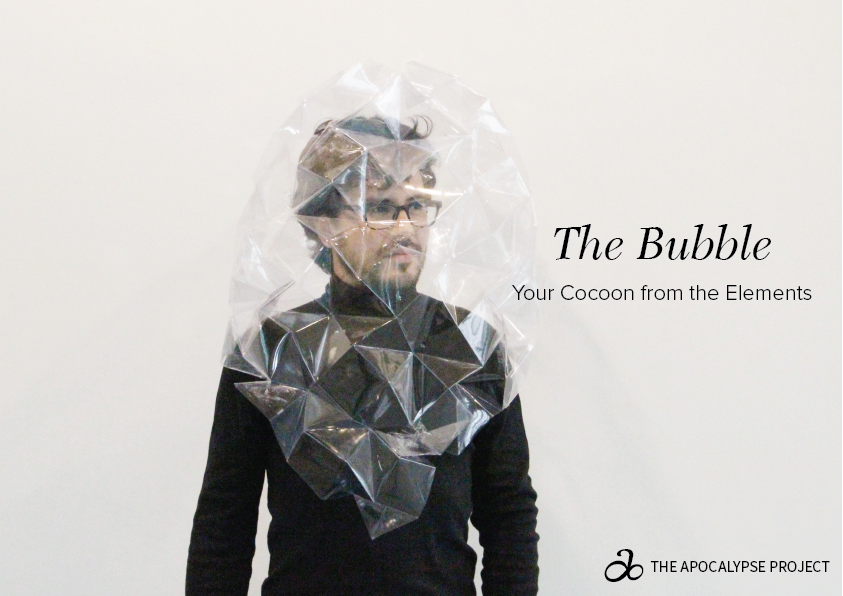 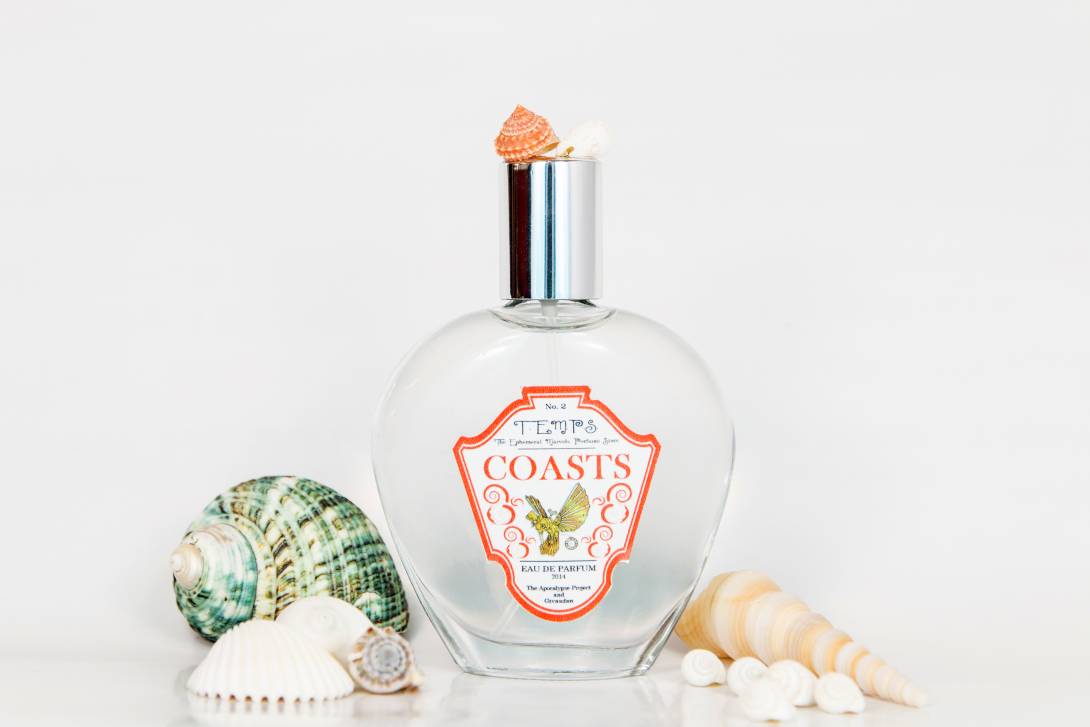 Climate Change Couture
What do we wear in a future under climate change? Climate Change Couture was first developed in collaboration with researchers from the Singapore‐ETH Zürich Future Cities Laboratory (FCL) during an art residency. The artist designed the garments based on FCL research while the laboratory researchers and staff modeled them in different parts of Singapore. The artist continued this project in different cities, which each collection reflecting their unique environmental scenarios and climate projections, and has also presented this as an installation and a performance. This was the first project in her body of work, The Apocalypse Project, and back in 2013 was already accused of fear-mongering by climate change deniers.

The Ephemeral Marvels Perfume Store
The Ephemeral Marvels Perfume Store (T.E.M.P.S., or “time” in French) is a futuristic perfume line of things we could lose because of climate change. The first collection included scents that may well disappear as we know it because of global warming and consequential sea level rise, superstorms, and decreased biodiversity, such as the scent of coasts, forests, several crops, etc. Succeeding collections have been made depending on the city the artist was in. These perfumes are created by the artist using chemical distillation and standard perfumery techniques. During exhibitions, visitors are allowed to smell the perfumes. As smell and memory are closely related, viewers are invited to reflect on how potentially losing these scents could affect their lives and it is the artist’s intention that they are motivated to preserve them and act on climate change.

The Sewer Soaperie
The Sewer Soaperie is a project that turns raw sewage into luxury soaps. During extreme storms in the Anthropocene, many cities are ill­-equipped to handle the flooding that follows. One reason is the coagulated grease in the sewers, with some as big as airplanes, leading these to be named “fatbergs”. Among the sources of grease is used oil that is poured into sinks, which drains into the sewers, and hardens in the pipes. The world already experiences extreme storms because of climate change, and cities will experience even more flooding that is exacerbated by human actions. The artist raises awareness on this by taking the grease from different points of its journey— from the used cooking oil that restaurants throw in the sewers, to raw sewage, to grease that hardened in open pipes. These were sterilized and turned into luxury soaps through the artist’s saponification experiments. She started this in Medellin, Colombia during a residency and continued it in Manila, Philippines.

Catherine Sarah Young is a Chinese-Filipina artist, designer, writer, and public speaker whose work explores emerging technologies and alternative futures through interactive storytelling, sensory experiences, and participatory art. She uses her background in molecular biology, fine art, and interaction design to create works that investigate nature, our role in nature, and the tensions between nature and technology, exploring themes such as climate change and sustainability, science policy and citizen science, feminism and participatory art, among others.

Catherine has collaborated with scientists, companies, chefs, non-profits, and museums around the world. She often engages local communities, especially children, to participate in her work. In her writing, she explores subjects related to the environment, feminism, and future scenarios. Bodies of work include The Apocalypse Project, which explores climate change and our environmental futures, Wild Science, which investigates the dynamics between knowledge and power, and Future Rx, a platform for sustainability and citizen science.