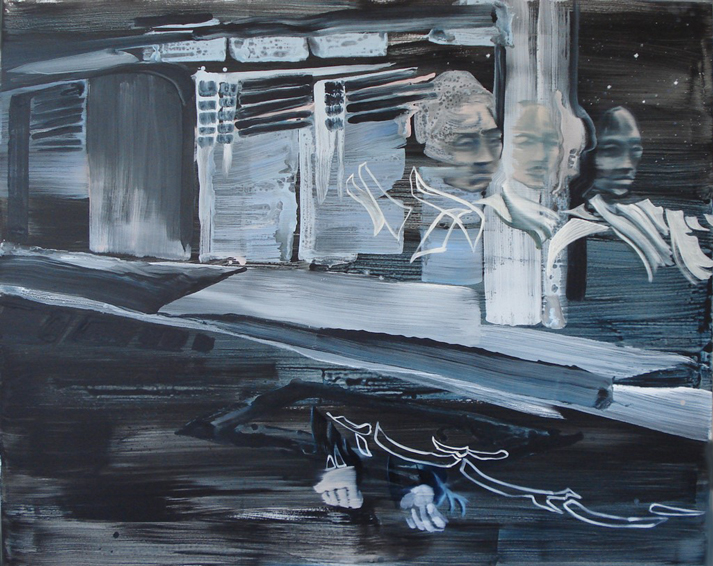 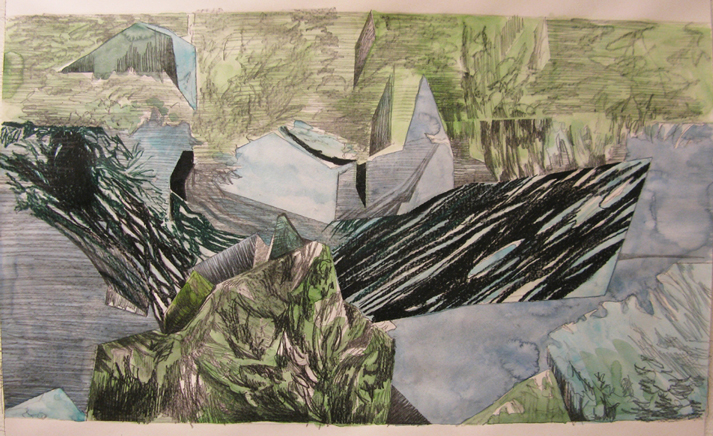 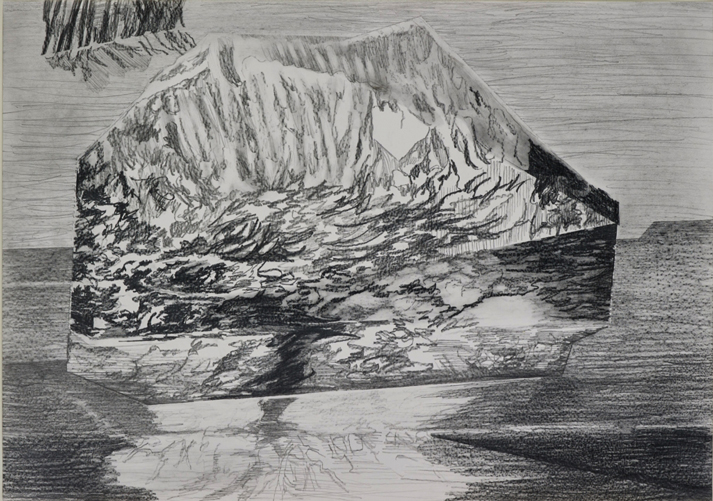 In my drawings I respond to the speed with which the world around us is changing. I am interested in the question whether technological developments actually yield the intended progress; and in the philosophical problem behind it: at which point can one really speak of progress? This depends on who is looking at it, from which perspective, and with what objective. In any case, long-term consequences are often unforeseeable.

I like to read old science fiction books from the first half of the previous century, by Asimov, Heinlein, Huxley and Orwell, amongst others. What I like about these books is their visionary character. They contain many fantastical predictions that have by now become a reality. These visionary ideas mostly concern the technological developments within our society. Many of Asimov’s stories describe a worldview in which computers and robots are commonplace. The question whether they could start living lives of their own, or even seize power from humans, plays an important role in these stories. In other books, people live in bunkers and underground networks, because the earth has become so polluted that people cannot survive above ground.

In order to investigate the consequences of the fast technological developments taking place, I have visited big modern cities such as New York, Tokyo, Shanghai and Hong Kong. I wanted to discover how these developments are visible in daily life. During my stay in Hong Kong, I felt flooded with an overwhelming amount of giant billboards, video screens and neon lighting. It seemed to me as if people disappeared against the overpowering sound, the moving images several metres high, and the lights colouring the surroundings. I got the feeling that a second layer of reality, created by man himself, was taking over the world. I expressed this idea in the Digitalized Hong Kong series.

Through the ideology from science fiction books, as well as through my own experiences in Hong Kong, I became intrigued by the idea that mankind is gradually losing control over his own inventions. I went looking for examples in our current society in which technology is employed as a tool or extension of human potential. Instances in which it works and currently helps or improves mankind; and instances in which it doesn’t work or even starts taking on a life of its own.

During my search, I discovered an area in Google Streetview where the surroundings, across the width of around sixteen kilometres, have become distorted through a software error. As a result, this landscape, which you can wander around in for hours, has grown into a mix between a fairy-tale world and a horror movie set. Like a classical explorer, I have recorded this new world in a series of graphite drawings, Glitches. Later, I have revived this world, as it were, in the form of a life-sized panorama.

During my work on this series, I encountered forms in this virtual world that are derived from reality, but that I could no longer recognize or explain. By now, the digital world has developed and expanded to such an extent that it may contain phenomena forming a class of their own; in this digital world, just as in nature, we may discover complex phenomena that cannot be directly understood. This idea forms the starting point for my sequel series, ‘Rare Digital Phenomena’.

In all these series the concept of nature has had an active role. In the Hong Kong series I used the underwater world as a second layer pasted into the billboards. For one to mislead the viewer, hoping they would first see the natural environment before realizing they were actually looking at a busy modern city. At second it was a way of showing how nature has to make place for the human urge to expand. In Glitches and Rare Digital Phenomena the distortion of nature reveals that these images actually based on a world inside the computer, an archived or mapped situation of nature.

After I used these subtle ways of showing the idea that nature has to make space for the technological developments I started working on the series My Digital Backyard. In this case nothing went wrong during a technical process, but it shows the shortcomings of Google Maps when realizing a three dimensional image. When it maps an architectural environment all goes well, but when it concerns natural shapes it isn’t capable yet of presenting a realistic reproduction. Trees are more like abstract glass sculptures in which a tree is trapped or like geometric structures where the tree is pasted onto a three-dimensional shape like a flat drawing. The images that Google Maps produces could be seen as a battle going on between nature and the technological developments, which is to me an interesting way of translating the idea that humans want to shape everything according to their own wishes. Without taking much effort to delve into long-term consequences.

(1976) studied fine arts at the KABK in The Hague, The Netherlands. She has had exhibitions at home and abroad. Did several artist-in-residences among which a five-month working period at the CEAC in Xiamen. Her work is included in the collections of Teylers Museum and Leiden University. She has been supported by Stichting stokroos, Amsterdam Fund and the Mundrian Fund, who recently awarded her a stipendium for established artists.