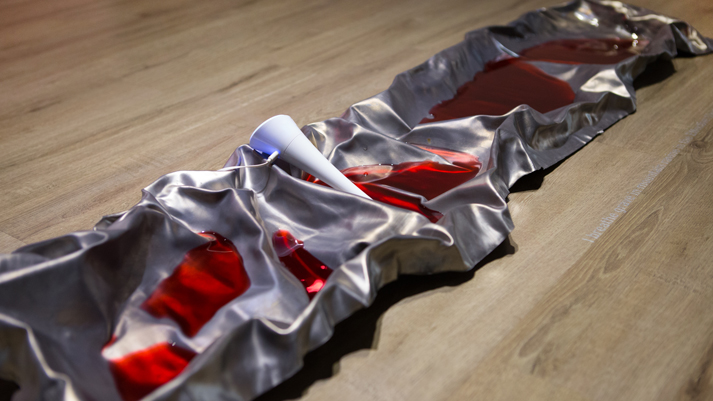 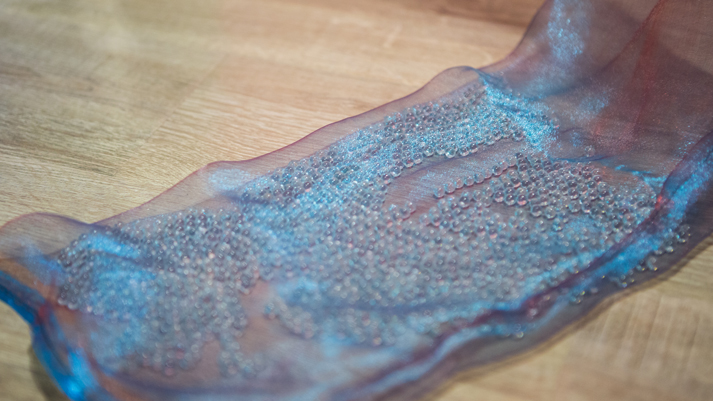 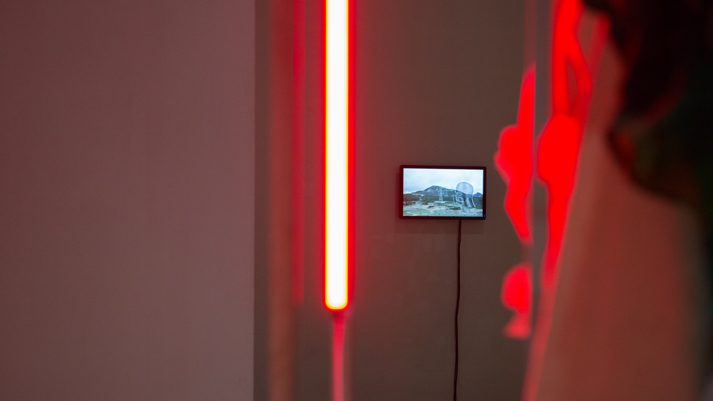 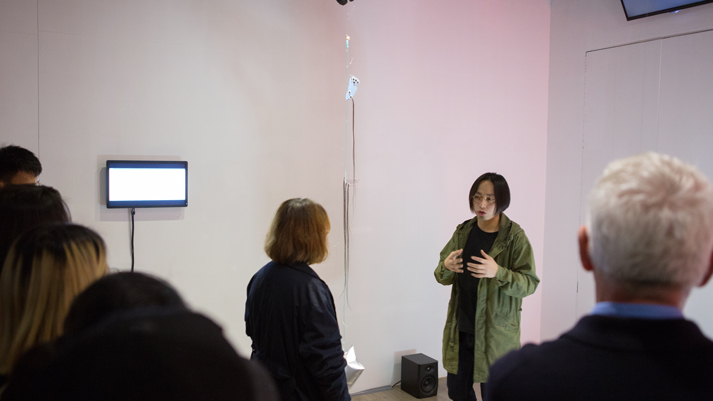 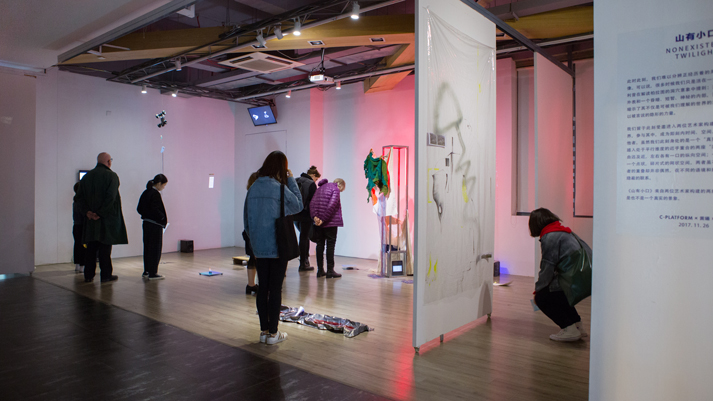 At this moment, it’s hard to tell whether the surroundings we are experiencing are real or just an illusion. It can be said that many times we just live in a metaphor or image. Porphyrios once mentioned in his interpretation of Plato’s Allegory of the Cave: the cave has a pleasant exterior and a dark, short-lived, mysterious interior, and the darkness inside the cave subtly implies that it is not only a symbol of the world that can be understood, but also contains some ineffable power that cannot be said.

We are all invited at this time to enter the world that the two artists have built, which is called “the cave”, to participate in it and become “others” in the immediate time and space (compared to the artist’s heart). Although we are in a “real space” at the moment, we simultaneously step into two “caves” that almost overlap in parallel dimensions: a vertical space of sound from far to near, with an entrance on both left and right side; a dotted, fragmented space network of images and installations. Though they are not classified into the same attribute, the overlap between the two is not accidental, there is a distant and covert connection under different processing of contexts and mediums.

<Nonexistent Twilight> comes from the overlap of planes of two virtual caves constructed by two artists, which is, and isn’t a real scene.