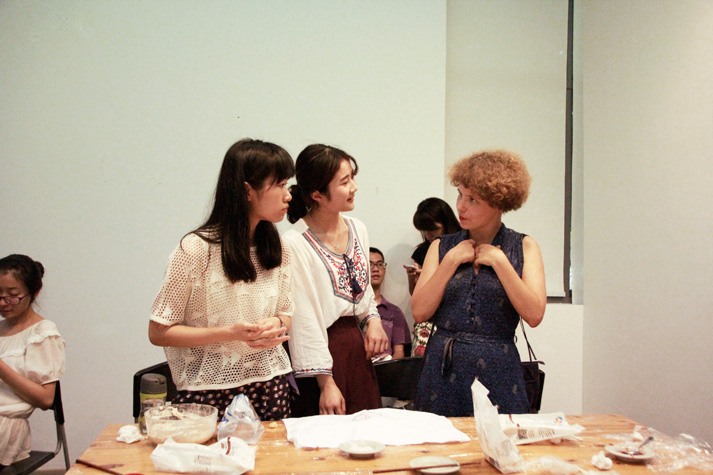 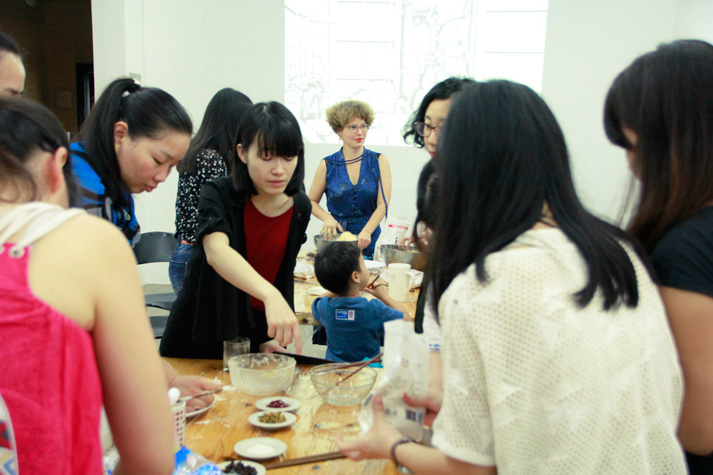 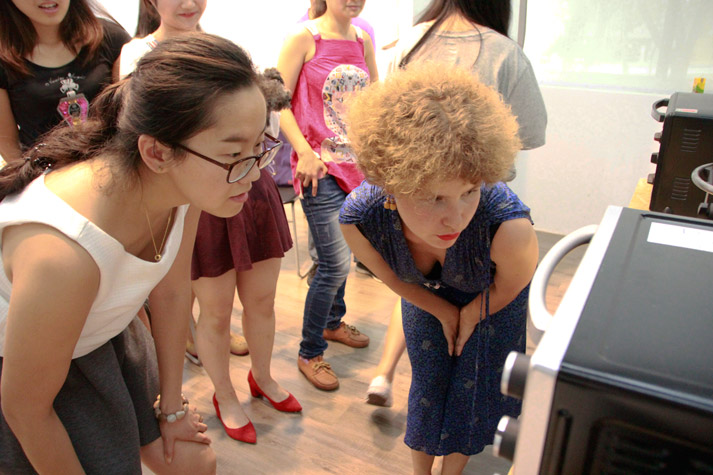 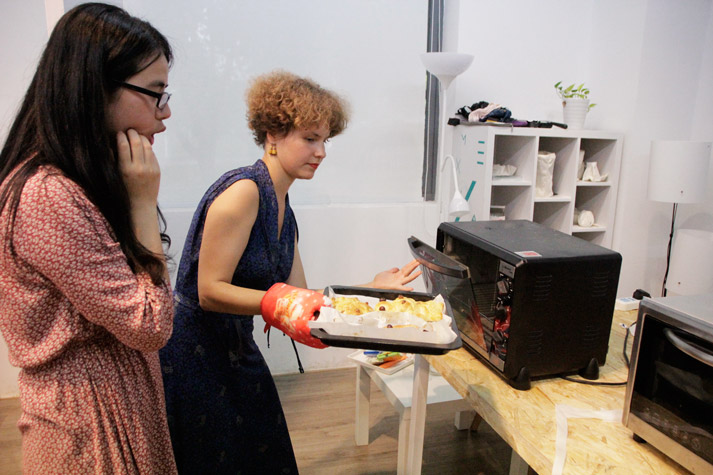 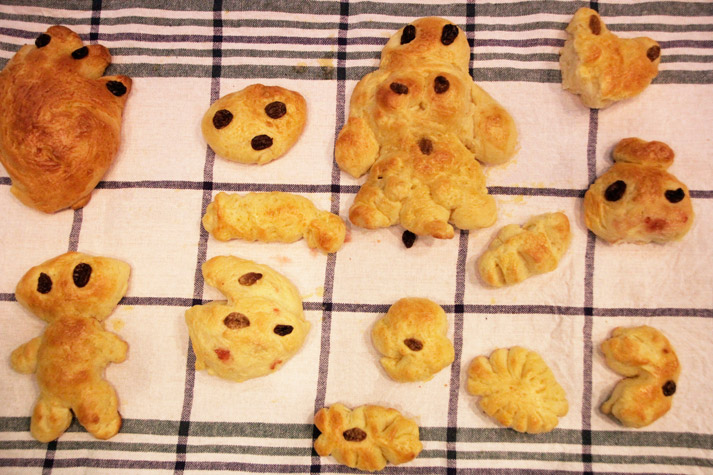 The Self-bakers – between a mirror and a dough is a social platform that brings together individuals from different backgrounds. During the one-day workshop cultures meet through an activity of baking Finnish buns while personal stories are shared through expression and exchange. The workshop is organized in the C-Platform, and it is a part of Zhou Art Project taking place in 2015 in Xiamen.

A bun is a traditional Finnish pastry that comes in different shapes and sizes, spiced with cardamom or rolled with cinnamon, braided with jam or just served with a pat of butter on the top. Sometimes this sweet pastry is baked into a shape of a boy, a bun boy with a round tummy, hands and legs pointing on both sides and raisins as his eyes and buttons of his shirt. These buns are always called boys, never as girls, even though women wear pants as often as men do these days. Sometimes it is strange to notice that the words we use and the things we do in our current lives are tightly connected with some norms and habits defined in the distant past.

Observing an identity has been one of the main themes in my recent works. I believe that when living in an interactive society that is based on structures, rules and social norms our surrounding influences on how we are and behave, and how we see ourselves and others. When thinking of my own identity, I came into a conclusion that more often than anything else I am defined as a woman by the society where I live in. In 2014 I made a video performance ‘Baking hysteria’ based on the idea of my socially gained role. My aim was to bake my definition, a woman, and I was interested in seeing the enbodiment that comes out through my own hands and expression in a form of salt dough. In the moment of making and baking, when the camera was already shooting, I realized that I did not know how to make this woman; was she supposed be short, or tall, with big boobs, long hair or evil eyes. Each move felt political, and I could not help asking after every choice I made; was I forming a round shape because I saw myself that way, was it triggered by my surrounding, or was it just a simple stereotype dominating my mind. Along with all the questions, I struggled with the dough that had its own will; shapes I made were constantly disappearing back into an unformed junk of dough. Not only it turned out to be an incarnation of my identity but a wider reflection of an individual in a society. The moment turned into a dialogue, a battle and finally into a negotiation between questions generated by the society and my own opinions, the power of my hands and the will of the salt dough.

Since then I wanted to extend the project into a social platform where a group of individuals and different identities meet, the workshop Self-bakers – between a mirror and a dough took place in Xiamen. Funnily enough only women signed up for the baking workshop, and a little dog who enjoyed the atmophere in a hallway. The group of women of different ages started by preparing the Finnish bun dough, and I was relieved to notice that the components and methods worked far outside the northern Finland. Before the hands-on moment I asked the participants to have fun, to enjoy themselves and to keep the background story of the project in mind. I tried not to force my own experience or require portraits too much.

I was impressed by the devotion and the enthusiasm of the participants when they grabbed a piece of dough and started twisting, cutting with scissors and decorating with jam, nuts and raisins. Soon all the baking trays were full of bun forms queuing to get baked in an oven. Not only I saw portraits and women but a variety of shapes, genders and gestures. Angry women and happy faces, skirts and pants, even a portrait of the little dog. There were flowers and dumplings, and imaginative boyfriends with long arms for good hugs as well. I was fascinated by the stories the participants told me about the bun caracters they I chose to make; whether it was their self-portrait or other shapes, there was always a reason and a story behind it.

In ovens the buns swelled and expanded, changed their color into golden yellow and the smell of freshly baked buns, surprised expressions and laugh filled the room. Still steaming buns were placed on towels or hold in hands for selfie poses. Buns disappeared bit by bit into mouths or were carefully packed in bags to carry home.

I did not get a series of lady buns but I got what I hoped for; a bunch of creative individuals and expressions of their identities. I was happy to notice how bravely they expressed their own creativity and mind, learned some Finnish baking, exchanged their stories and showed their personalities. I wish that the experience was rewarding for each of them.